Hello everyone, I am new to the forum and not an expert when it comes to fish. I have been keeping goldfish for the last three years.
I recently got a weekend job at PetStore and one customer came in and brought her shubunkin. The fish is four years old, has been kept in a little tank with NO FILTRATION at any sort, WITH NO AIR PUMP at any source, sometimes, she said, she threw an air tablet. he was kept in a very little tank.
She came to the shop and wanted to get rid of him. she said he is constantly lying @under gis bridge@ on the button of the tank or gasping for oxygen at the surface.She was offering money just to take care of him.... We took him in and said that we will try to find him a new home. His name is Carl
The following weekend I came to work and was told that he hasn't been eating and is lying under the ornamental bridge the woman brought with him. My colleague said he was sure he will die as he looks pure miserable and is not eating. I have to mention that he is a big shubunkin and we don't have big fish at the shop.
This evening I took him home even though I only have 100l fish tank that I have purchased a few weeks ago as a home for my two goldfish just for the winter time because I will be making a bigger pond. The one i had turned out to be too small for 3 goldfish.

When I put him in the fish tank I saw how big his tail really was. And let me tell you guys, this fish did not know how to swim. Swimming like disabled. you could tell that he spent his life in a small tank. He would go to the bottom of the tank just for a minute but then he started to explore.
I feed him good pellets and frozen peas and he ate it all. After few hours he started to swim differently. two weeks after and Carl is like a different fish. he is full of life and doesn't spend that much time on the bottom but still sometimes will go to his spot and lye there.
but there are problems:
Apart from the broken fin, he has something on his side that is growing out and I have no idea what it is. My fish are healthy and I have not seen anything like it before. I have to mention that last week I have treated him with ESHA 2000 against Fin root, grill problems, Ulcers, dropsy, bacteria and skin problems. IT looks like something is growing out from beneath his scales.
When I first took him I got rid of the bridge and have built him a cave that he slept in but realized was too small and it's already gone. Maybe he had hurt himself? I don't know guys but I need your help. I am happy to take him out and examine, but don't know what to look for and how to do it. it is extremely difficult to take a snap. PLEASE HELP ! 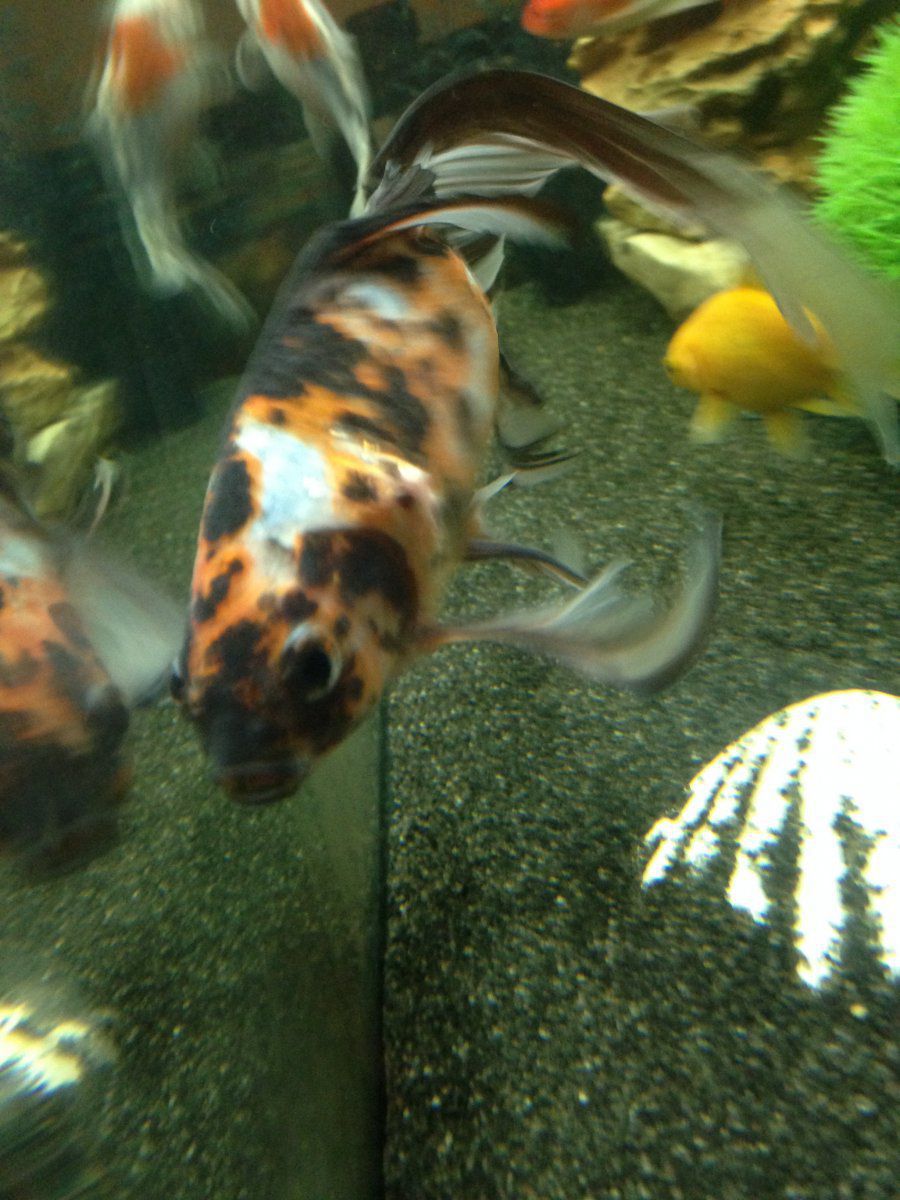 Did the meds you used work on parasites like worms? Look up parasites and see if anything looks like what he has. I can't tell in your pic.

Hello @Matt Nace. Thank You for your reply.
The stuff i used does treat parasites.