FreshyFresh? I need your help

Hi. Your help a couple years ago saved the life of my 4yo golden Chinese algae eater, Lemmy. Lemmy is now 6.5yo, thanks to you. I have another fish issue I can’t make heads nor tails of (unintended pun).

I have 6 Congo tetras in my 75g tank (which now gets a 50% change weekly); one male and 5 females (as well as a variety of other fish). The male is a perfect specimen in every sense. The females, not so much. The largest, by height and length, has slightly hazy eyes and pale/dull colouring, but at least her proportions are good. The remaining 4 females have ‘width’ issues. The two bigger (height/length) of the four, are ‘pregnant-looking’ to varying degrees, especially from above, and their bulges are not symmetrical. The shorter two looked like they were about to explode.

Here’s where things went wrong(er). Thinking that this was an over-eating issue, I took the three plumpest ones and put them in a small isolation tank to try to monitor their food intake for a couple days. On day two, my gf pointed out that one was missing part of her tail. When I took a closer look, I saw that one was intact, and did actually seem to have slimmed down a bit. Of the other two, one had most of its tail gone, and the other was down to a stump. So the first went back to the 75g tank and seems to be back to normal. I separated the other two into separate tanks, so they now each have their own. The fattest one’s tail has grown back, but her body is still VERY swollen (see pic). The other seems to be going downhill quickly. It looks like her skin is shedding, her pectoral fins are disintegrating, and she has red marks in several places (see pic). I have tried several regimens of medicine (antibiotics, fungicide, etc.) but stop prematurely because she just seems to keep getting worse.

I’m now giving her a 75% water change, 2x daily, to eliminate ammonia/nitrite/nitrate from the equation, and to minimize the thick black goop that I cleaned out of the filter. I have just about every medication available, but I don’t know which to use, for fear of making her worse.

Any idea what she has and/or how to treat?

As for the morbidly obese issue, is that simply a food intake issue (which I understand would be my fault), or is it something 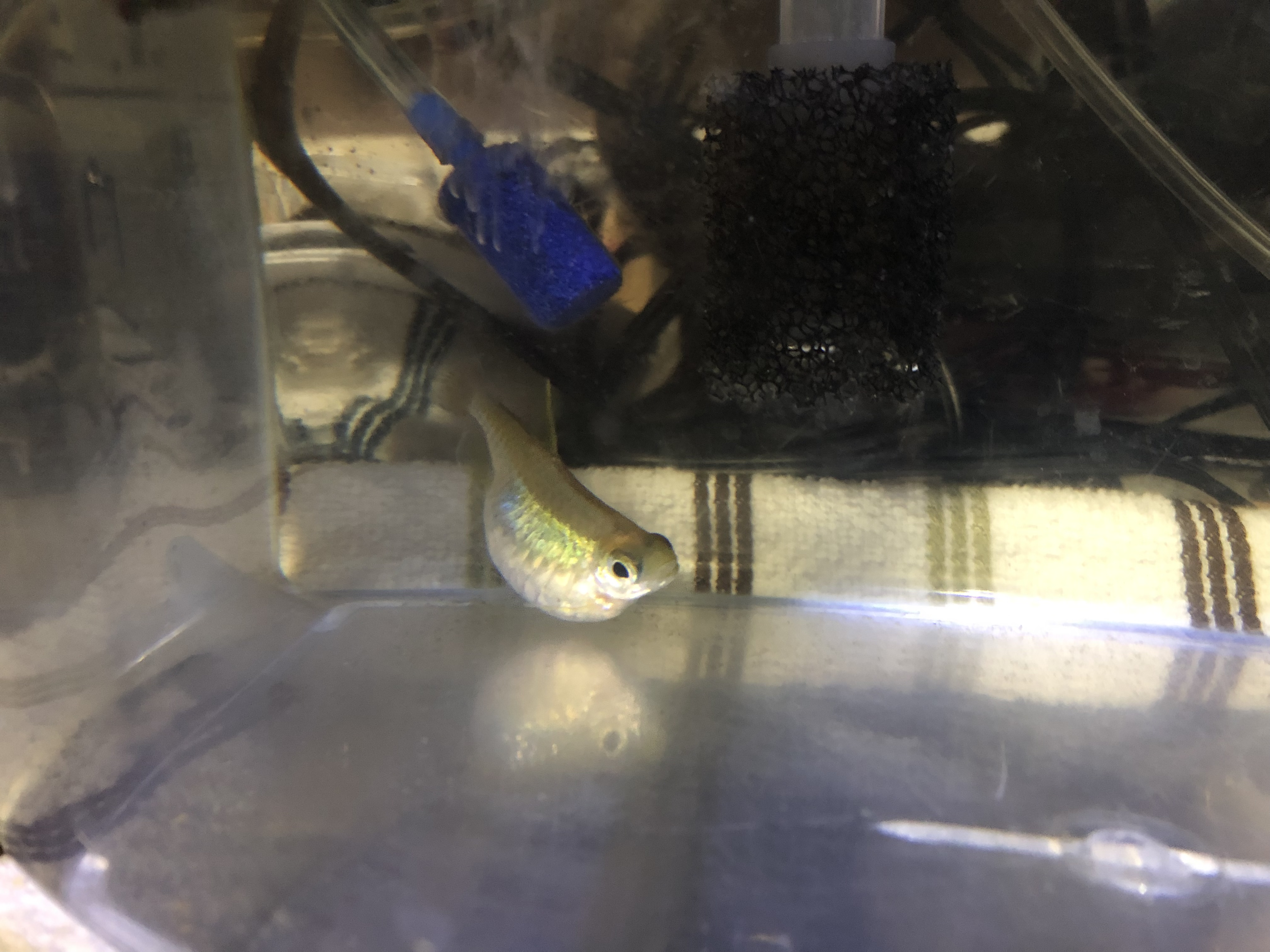 I would be very grateful for any help available.

I forgot to mention... I’m now using an RO system (for the last year) for their water with Seachem Replenish added to put the good minerals back in. So now the water going in is 0-0-0. All fish and frogs (frogs have their own tank) have since made noticeable improvements in their colouring and vitality... except for the female Congos.

Sorry I missed this thread way back ~18 months ago! This site had been so dead I pretty much gave up on it.

What foods are you feeding? Gotta watch the ingredients list on your foods and only choose those that list whole protein or plant products in the first 3-4 ingredients. Feed lightly too.

I wouldn't use RO water unless I had to.